Selling is the crucial part of any business. But, the problem comes which one to go for? Soft sell or Hard sell? Don't worry here, you will get a complete comparison of soft sell vs hard sell. Today, soft sell vs hard sell is a key question for most business professionals. It can be easily answered: soft sell is easier to implement, and thus leads to better results. 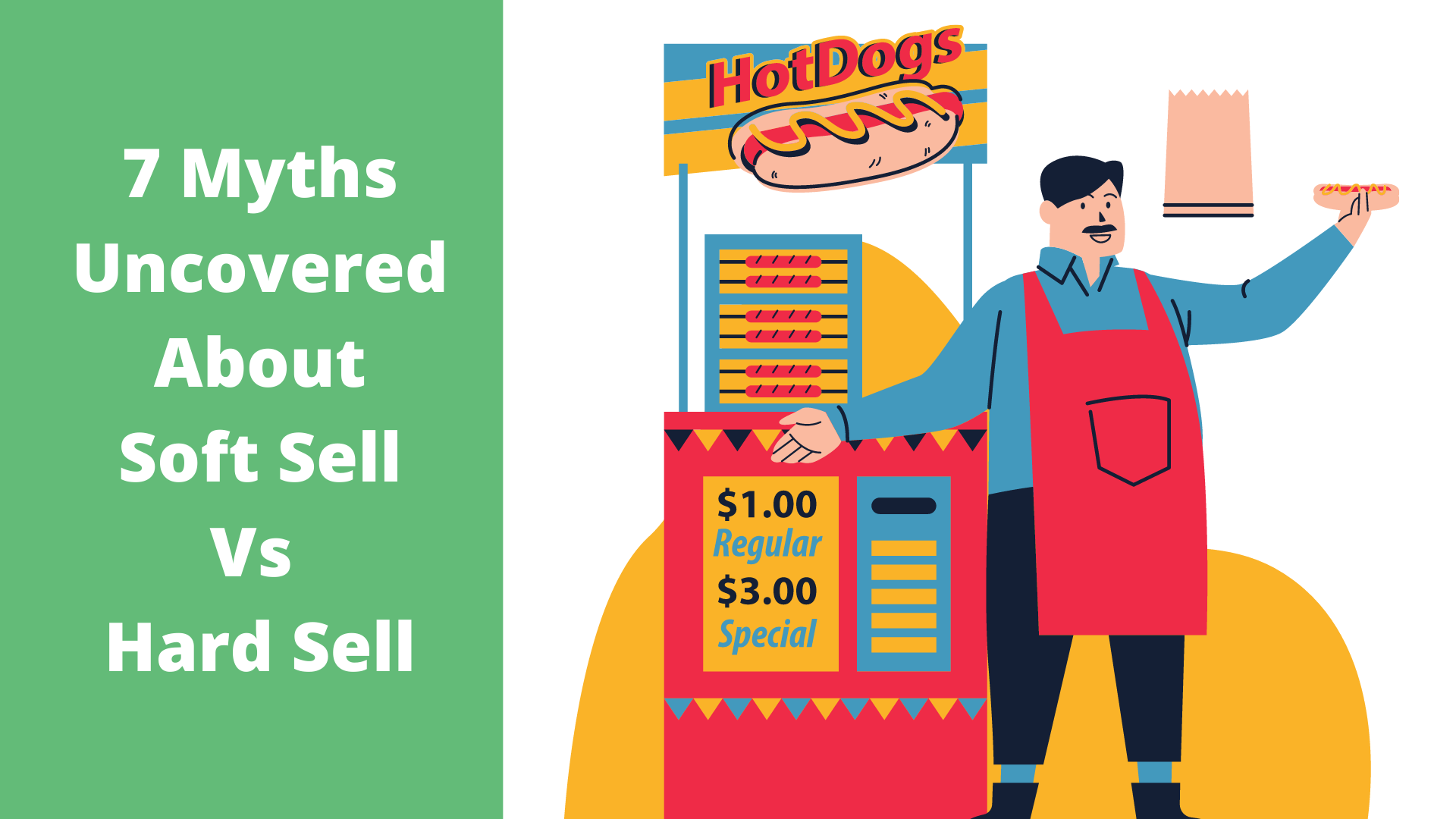 However, it requires more time and effort to get results. Hard sell requires more effort, but it has a higher potential for success.

Read full:- to know more about myths and facts about soft sell vs hard sell.

What is a Hard Sell?

A hard sell is also known as a cold call or door-to-door sales pitch.

They often involve aggressive marketing, build trust with customers to learn more about a product, and use urgency throughout the sale process to seal the deal.

The benefit of hard selling is that it can be highly effective in just a few days if you’re well organized and prepared for success.

But remember: though there are many benefits to being direct, don’t get sloppy; nobody likes talking directly with an aggressive salesperson.

However, soft sell vs hard sell, both of them differ apparently but share the same platform. Both of them want to convert potential buyers into business.

In simple words, Hard selling is the process of completing a sales job by exerting clear and forceful pressure on the buyer. In essence, hard selling is about pressure rather than communication.

The most important thing to consider when using hard sell techniques is that these approaches are brand new in today's retail environment – meaning that at best, they are ineffective in face-to-face customer encounters.

In fact, many experts have gone so far as to say that hard sell attempts can actually make it more difficult for buyers to trust your company and make decisions based on their emotions and not your product alone.

What is a Soft Sell?

Soft sells are generally more comfortable for most buyers, and can also be effective in certain scenarios or markets.

To understand the difference between hard sell sales and soft sell sales, consider two methods: a direct sale vs. an indirect sale that includes free samples that come with the purchase (a bonus item).

There are pros and cons to either type of sales approach, but knowing your audience is critical when making a call to action or deciding how hard or soft you should sell.

Using strong and persuasive sales techniques can often become counterproductive when there is no clear indication of what the buyer wants, because in this case, you are not working for your customer; rather your objective becomes more about satisfying yourself.

One type of soft sell is a sales rep’s discretion to prioritize the discussion and not focus on closing.

This demonstrates a firm grasp on each party's goals, needs and preferences. Another way to demonstrate soft selling skills is through articulation of value without placing emphasis or too much stress on price point or features such as service levels like call support or options like workarounds for inferior products.

Soft sells aim at demonstrating how their company can meet the customer's increasing need for more control over their technology investments by providing simple solutions with value-added upgrades ( for example, additional RAM or disk space). For example:A soft selling approach can frustrate customers if the salesperson has communicated in a "salesy" manner.

Many companies view this as bad social skills and training away from that concept would be beneficial to avoid losing credibility with those potential buyers who are perfectly capable of making an informed choice on their own.

Advantages and Disadvantages of a Hard Sell

There are two main advantages to using a hard sell:

1. Faster sales: Many buyers with less time on their hands prefer dealing directly and quickly with the seller than being bombarded by long, complicated marketing messages. A direct approach can often result in quicker purchases, even if potential customers are unsure of what they want to buy or whether it’s right for them at that moment.

However, whenever you use a hard sell, though you may find more interest from target market segments at first glance, the product is likely going to be purchased later on after countless other competitors have already beat you to market with similar or superior products.

2. Minimal rejection: Breaking through the marketing clutter can be a difficult task, especially when you're selling to small groups of decision targets that might not have time for extensive research and product comparison before deciding whether or not to buy your offering (note that just because people don't end up buying from you doesn’t mean they weren’t interested in what you had to say).

A hard sell comes with a price, and that price is the outright rejection. No one wants to be rejected for a purchase at any point in their life; especially if it's as simple as an item that shouldn't have been examined in depth.

The customer will not see this question as something to take seriously and may instead consider it an emotional taunt. In many cases, customers are so flustered by being insulted that they lose the desire to continue making purchases from brands who push buttons and get straight to business rather than humanize the sales process.

Hard sells can also cause more doubts regarding your brand and products, is it being sold by a known company or an unknown one? What if the product would rather be tested first and assessed as right for you when purchase day comes along?

When done correctly, hard sells play on people's fears that they may end up trying something of no value to them but will only feel even more remorse should their decision turn out unsatisfactory.

Advantages and Disadvantages of Soft Sell

"...Too many executives and products alike are running at full-tilt with minimal, superficial detail unpacking before the buyer makes a commitment. They launch into personal stories of their struggles or launches in an attempt to convince buyers that they spoke from experience.

Too often, not enough time is spent learning about the decision maker’s challenges. The result? Buyers feel more confident that they’ve made a purchase and don't see the flaw in their decision to cross over.

This is also known as an upsell, a pitch where you sell something extra besides your initial product of choice –a la Richard Branson "One pair of shoes never goes out" idea."

Should you hard sell or soft sell? Which one is better?

A lot of sales people are now using the strategy called a 'soft sell' and it is the way you generally appear on TV or in print.

However, if you look at what most advertisers use today, it's a 'hard sell'.

Essentially this means trying to talk someone into doing something they don't want to do.

This doesn't work nearly as often as is originally thought because people have an intrinsic sense about whether something is going to serve them well. In a 'hard sell' , you're trying to get an answer.

When there is no one in the decision-making position, this can be very difficult. A soft sell involves presenting the prospect with choices but does not make it arbitrary or pushy about which choice is best for him/her at that time."

Soft Sell techniques tend to be relatively low-pressure sales techniques that appeal to prospects on a personal and emotional level.

The goal of soft sell is not necessarily an immediate sale, but rather creating a long-term relationship with the customer in order to get them hooked on continued purchases or referrals.

By contrast, hard sell tactics see the potential sale as the end endpoint of each interaction and use top-of-the line marketing tools such as high-pressure speech patterns, call top-of-the-line writing and pushy product features to nudge buyers into taking action right away.

1.What are the main differences between a soft sell and a hard sell?

A soft sell is a sales technique where the customer is persuaded with positive information and goodwill. It includes emotional appeals like, "you deserve to feel good about yourself" or "you are important to us."

A hard sell is a sales technique where the customer is convinced with rational arguments such as: "I can save you time and money by not having to buy your own supplies" or "we have been doing this for years and we're proud of our results.

2.What is email marketing and sales strategy?

Email marketing can be a major part of the sales funnel. It is crucial to email marketing strategy and planning, because it allows brands to communicate with their target audience on an ongoing basis, which will likely increase conversion rates. Email Marketing Blog provides Sales email strategies that are proven by successful companies worldwide in today’s online marketplaces.

A soft sales strategy is usually used in the sales process to help the prospects get acquainted with a product or service by educating them and helping them understand why they need it. They are also known as interpersonal selling techniques, which are often more effective than direct sales methods when trying to close a sale.

3.What is a hard sell example?

A hard sell is when someone is trying to persuade you to buy something without fully explaining the benefits.

Examples of a hard sell are:

1. Someone telling you they have the best product on the market without providing any evidence or research to back up their claim.

2. When someone asks for money up front and doesn't give you any reason why that's necessary, or what kind of guarantees they can offer in return for your investment.

4.What is a soft selling strategy?

A soft selling strategy is a type of marketing that involves using various communication methods to build trust with your audience before they purchase from you.

Some ways that soft-selling strategies can be implemented include:

• A website or blog article where the company shares information about its services, history, or mission without explicitly asking for a sale.

• An email newsletter that shares content on upcoming events, products, and other topics related to the company's industry without making any direct requests for customers to buy.

To sell a product, hard or soft - it doesn't matter.

Each will work for different customers.

Some customer goals are never found through marketing & sales and instead need to be fostered with experience... When this is the case, both methods can be used until one is “discovered” by the customer and adapted accordingly.

The specific “tactic” or sales method being used should not dictate your approach no matter what you offer….thus it is recommended that all types of products should have a way to contact you so that any generation can find your company!

If you're looking to connect with contacts across your entire revenue operations (Leads, Prospects, Existing, and Churned Clients) Cliently would be a great way to engage at scale. Sometimes multiple tools can leave blind spots in who's engaging, how they're engaging, and when to engage, this is where Cliently could benefit you the most. 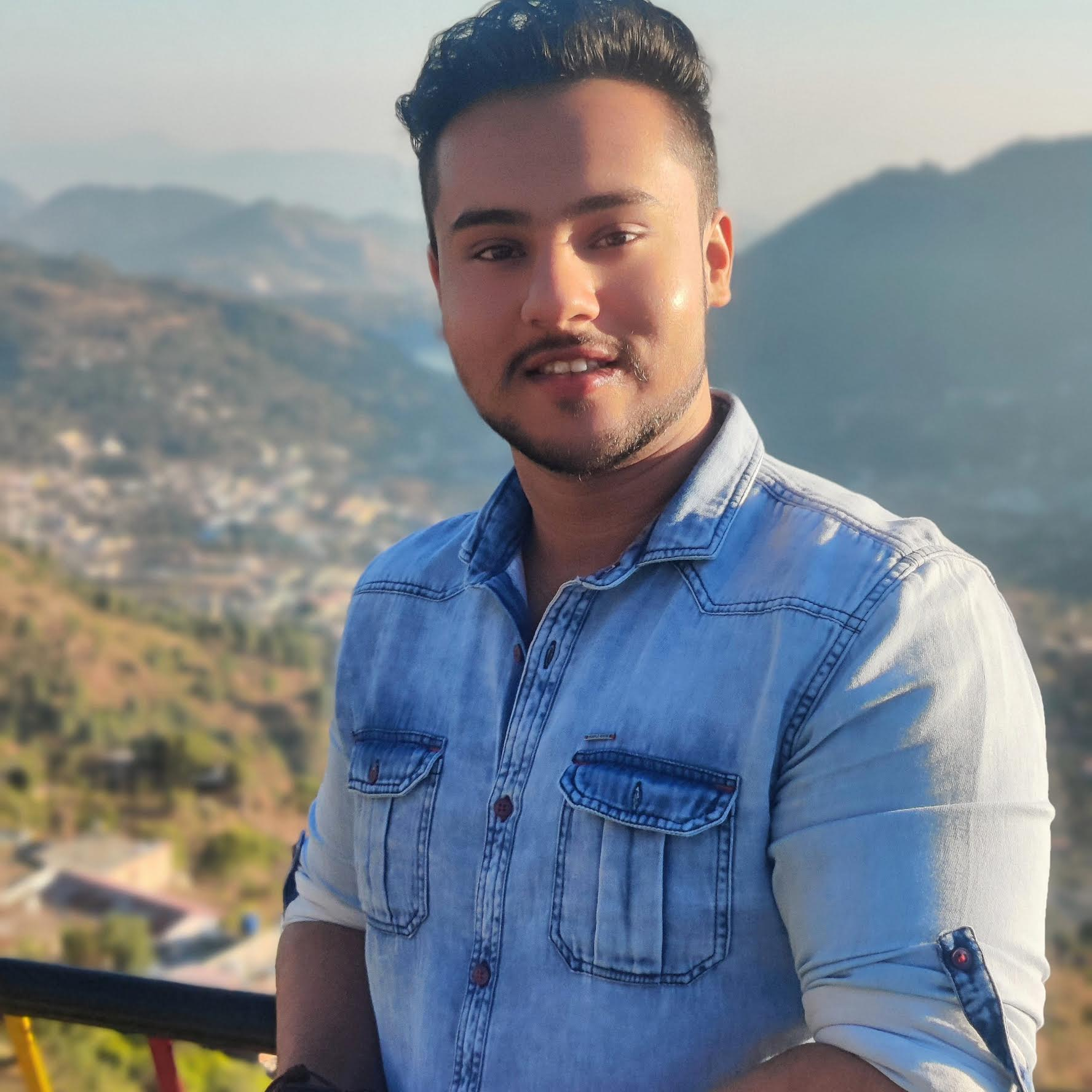