HubSpot vs Pardot: How to choose the Better Alternative

In this article, we will compare HubSpot and Pardot, which are two popular CRM tools. We will look at the similarities and differences between these tools, as well as their strengths and weaknesses. 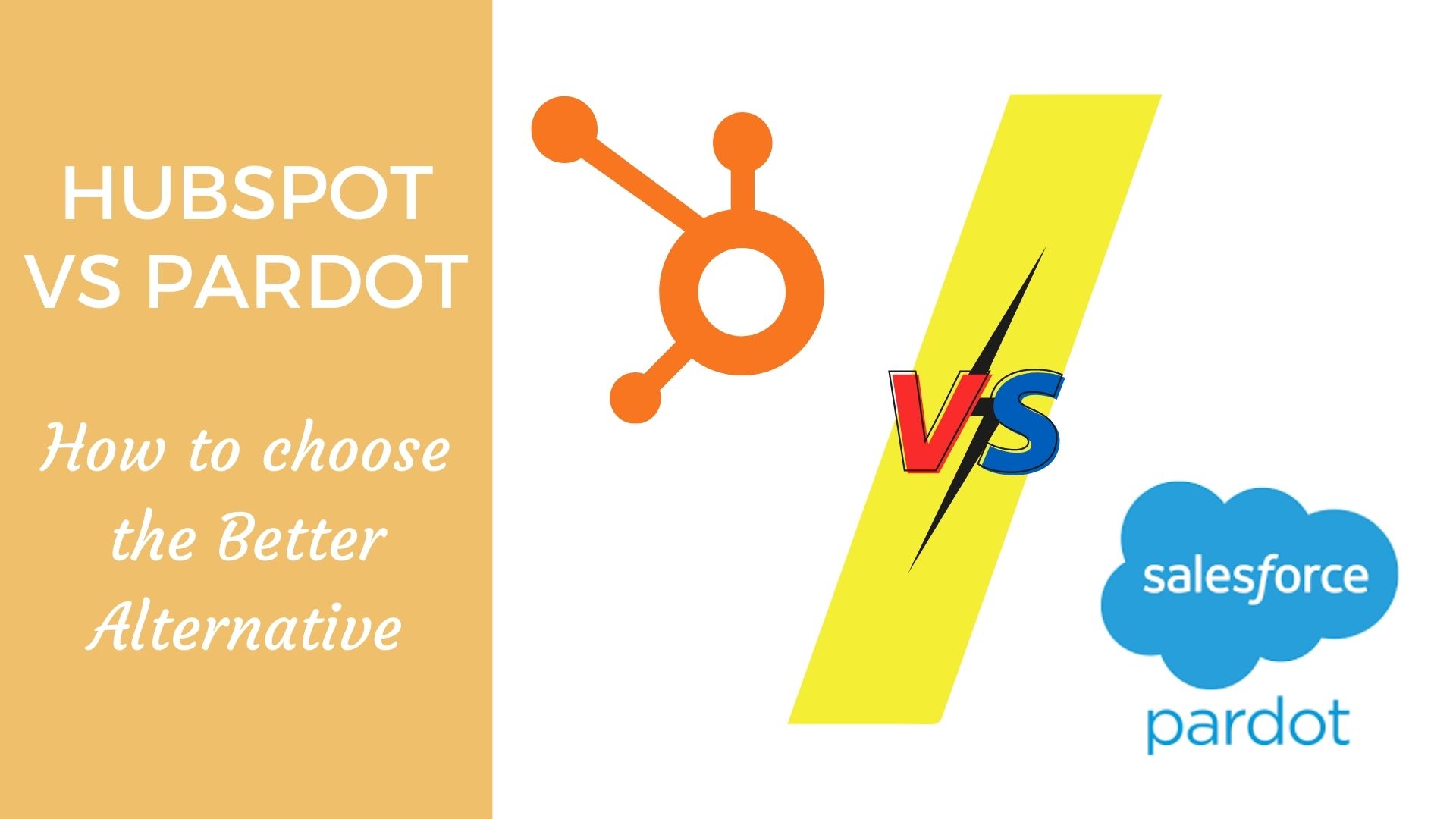 HubSpot vs Pardot: What is a CRM?

CRM (Customer Relationship Management) is a software tool that helps companies manage their relationship with customers. It should be noted that there are other CRMs on the market, such as Salesforce and Marketo. However, these tools are not considered to be good alternatives for HubSpot or Pardot.

Both HubSpot and Pardot provide some great benefits when compared to other CRM tools in their respective categories. For example, they both have amazing sales tracking capabilities through email sequences and funnels; they also offer marketing automation tools that help companies create and track online campaigns.

However, they both lack a few key features when compared to their competitors in the market. For example, HubSpot does not offer an email archiving tool or lead scoring feature; Pardot also lacks advanced segmentation functionality.

Both HubSpot and Pardot are relatively new platforms on the scene, which means there is still plenty of room for growth. However, as time goes by, these will be more competitive with other CRMs such as Salesforce because many people are becoming aware of their existence - especially if they have already used them.

HubSpot vs Pardot: Strengths and Weaknesses

The following is a summary of the strengths and weaknesses for each CRM tool compared to others in their categories:

- Strong marketing automation capabilities and a great lead scoring tool - Great CRM features such as email templates, sales tracking, social listening tools and more. - Easy to use interface that can be similar to other popular CRMs.

- Excellent segmentation capability through an advanced leads management system based on the Pardot Marketing Automation Platform (MMAP). This provides an excellent template for segments.

HubSpot vs Pardot: What are the similarities between HubSpot and Pardot?

The following is a summary of the similarities between HubSpot and Pardot. It highlights how they are similar in terms of features, platforms, architecture and more:

- Both offer powerful marketing automation tools such as email sequences or funnels; - They both help companies to create online campaigns for social media or advertising purposes;

- Both have some great sales tracking capabilities through email sequences that help you track open rates per campaign (Hubspot) and revenue per sale (Pardot).

- Both are very good when it comes to lead scoring and nurturing systems.

HubSpot vs Pardot: What are the differences between HubSpot and Pardot?

The following is a summary of the differences between HubSpot and Pardot. It highlights how they are different in terms of features, platforms, architecture and more:

- The marketing automation capabilities offered by both companies are very powerful; - Hubspot has better lead scoring than Pardot (scoring based on email address); - Hubspot offers an unlimited number of contacts for your account, whereas, with Pardot, there can be only 100 contacts per account.

- Pardot offers email templates that are more advanced than Hubspot.

- Pardot has better sales tracking capabilities through lead scoring, whereas HubSpot does not have this ability.

Which is better for your business: HubSpot vs Pardot?

HubSpot and Pardot are both very strong in the marketing automation sector. However, given that Hubspot does not have lead scoring capabilities (the ability to score a contact based on certain criteria), it is clear which company is more suitable for your business needs.

With this said, however, there are many advantages of using both tools together as they offer complementary features:

- They provide an excellent platform where you can easily build email sequences or funnels; - They use similar data structures, meaning that it will be easy to integrate them into your existing system (if used separately); - The Pardot platform offers more advanced lead scoring capabilities than HubSpot.

Hubspot and Pardot are two strong online marketing automation tools that offer many advantages over one another. If you decide to go with either, we recommend using both as they complement each other very well; you can use them together or individually, depending on your needs.

HubSpot vs Pardot: How much does it cost to use each tool?

HubSpot is more expensive than Pardot, but the price difference is small.

We recommend opting for Hubspot as it offers advanced lead scoring capabilities which can be used in many different ways; this will save your business time and money.

You can get started with either Hubspot or Pardot for free. However, if you want to use the full features of both these tools, then we recommend that you pay $50 a month (or an annual fee) as they are very expensive and require ongoing maintenance fees.

In other words: If your company is small, then it will be cheaper to purchase each tool separately than double upon them by purchasing an annual subscription; furthermore, there may not be enough value in using more than one platform together with over simply using the services individually.

Which company has more users: HubSpot vs Pardot?

HubSpot has a much larger user base than Pardot. However, both of these tools are very popular, and we believe that the future belongs to companies like Hubspot as they continue to evolve their platform.

HubSpot is more advanced than Pardot because: They offer more lead scoring capabilities; Their email marketing system (called Engage) offers great customer support options; They have greater flexibility in terms of automation via 3rd party apps such as Zapier (for tasks outside your control); Their dashboard layout is superior with many useful features easily accessible; The main selling points of Pardot are the integration with Salesforce and other sales tools.

In short, HubSpot is a better tool if your company requires advanced lead scoring capabilities or has a high level of automation in its workflows (for example, tasks like setting up webinars).

However, we would recommend that you opt for either Hubspot or Pardot only as they are very expensive to purchase and manage. If your business does not require these functionalities, then it may be cheaper to simply acquire each platform separately.

Inbound Marketing with these Tools

If you are inbound marketing your company, then these two tools definitely come into play. There is a lot of great content for each tool, and many experts have written about both Hubspot and Pardot before. In our opinion, Hubspot is better at inbound marketing because it has a superior email system over Pardot.

Again, we would recommend that you opt for either HubSpot or Pardot, depending on your needs, as they have a high price tag and require more maintenance than the other tools mentioned here.

If you are using a CRM such as Salesforce, then some of the features mentioned above will be important to your company's success. Otherwise, Hubspot and Pardot have not been made specifically for use with any particular CRM tool.

If we were going to recommend one platform over the other, it would definitely be HubSpot due to its superior email marketing system. We do not think that this is crucial if you are inbound marketing but worth considering if you're using or planning on using a lead management software like Mixpanel, which integrates directly into your website/CRM via Javascript ( rather than using HubSpot's proprietary API).

If you are not inbound marketing and would rather use a platform designed specifically for CRM, then we would recommend that you opt for Pardot as it is slightly cheaper. However, the two platforms have similar features, so there shouldn't be any significant differences between them (i.e., if your business doesn't require or want website integrations such as Salesforce ).

HubSpot and Pardot are both good at scaling up to support larger companies. Both platforms will allow you to create multiple pages, forms, lead lists etc. depending on your business needs, but it is more difficult with Hubspot as the separate tools can be confusing for new users (you have options within each tool such as Inbound or Outbound which aren't obvious if you're not a programmer).

Pardot has an easier learning curve because of its simple step-by-step tutorials that guide non-technical users through using all the features in their platform without any confusion about what they do and how they work. This makes it easier for new users to learn what the features are, which can be a deciding factor when choosing CRM software (i.e., if you're unfamiliar with HubSpot's marketing automation system, then finding out where all your leads come from will take longer than discovering Pardot has similar functionality).

Pardot is also good at customizing forms so that they fit in with your business processes as well as building up automated email sequences without having to write any code yourself - this means that you only have one program managing everything via customized emails instead of several programs that need to be set up individually.

HubSpot is good at customizing forms and creating emails as you can create templates within the program itself, but it's not as good at automating email sequences (i.e., Pardot offers more options for creating automated workflows). It also isn't really suitable if you want your software doing everything - Hubspot will only handle marketing automation, whereas there are other tools out there that handle sales, customer support etc., too (such as Intercom or Drift). Both platforms offer a premium version that has extra features such as A/B testing on lead generation and sales processes.

Pardot has a lot of useful built-in marketing automation features for segmenting leads and automating email sequences. But the core feature is its ability to build customer personas into your campaign structure so that you can keep track of customers' interests, buying history, how they respond to different pitches etc. This makes it easier to find people who are more likely than others to buy from you (i.e., if someone responds well most other times, then this means they're probably interested).

You can create multiple campaigns for each persona which will automatically be sent out under their name instead of just being sent directly to the person themselves. It's also easy to create new customer personas (or update existing ones) for your business using Pardot, which makes it really flexible and allows you to keep track of how people vary from each other.

You can build up a lot of information about customers in this way - including:

Another reason I like Pardot is that it's really easy to set up and deploy. All you need to do is install the app on your phone, enter in a few details about your business (name, email address etc.), make sure it's turned on in your marketing automation platform then simply use the same login credentials for both services!

HubSpot has a similar setup process, but they require more information which makes them harder to set up initially before you've actually started using them - however, this means that HubSpot accounts are much easier if people want later access or someone else wants access after you're gone.

In conclusion, both HubSpot and Pardot contain usable benefits for different levels of B2B users. The former focuses on inbound marketing, and the latter prioritizes Sales metrics. Before choosing either, consider all features available and your main business requirements. Then, select one that suits your needs best.

If you're looking to connect with contacts across your entire revenue operations (Leads, Prospects, Existing, and Churned Clients), Cliently would be a great way to engage at scale. Sometimes multiple tools can leave blind spots in who's engaging, how they're engaging, and when to engage. This is where Cliently could benefit you the most. 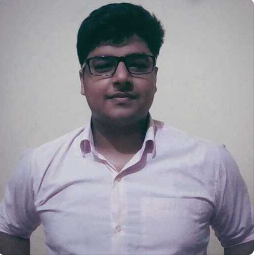